THE VENUE / A Dedication and History 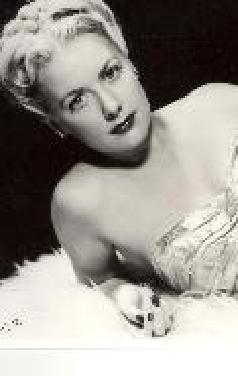 Dedicated to the late Martha Montgomery, the Montgomery Arts House for Music and Architecture (MAHMA) was completed in late 2001. Designed by renowned architect, Eric Lloyd Wright of the famous Wright family of architects, MAHMA was built on property purchased by Montgomery in 1946, which she later gifted to her daughter, composer and violinist/violist Maria Newman.

Maria Newman had long desired to honor her mother in some significant way. Newman, whose father was the nine-time Academy Award-winning composer and conductor, Alfred Newman, had grown up in an intense musical environment, surrounded by great music and outstanding musicians. Maria Newman had observed her famous father and his public success, highly deserved for his prolific, pioneering and inspiring contribution to the art of film scoring (Montgomery herself often remarked of her husband’s craft, that one could float to heaven on the strings of Alfred Newman…). Yet, although Montgomery was solely responsible for the business end of the Newman household, she politely remained in the public background as Alfred Newman’s wife.

The daughter of the late Louise Moss Montgomery, who served as Poet Laureate of Mississippi from 1972 – 1977, Martha Louis Montgomery grew up in the Mississippi Delta and attended the University of Tennessee, where she majored in psychology and earned a Bachelor of Science Degree. Following graduation, she worked in New York as a fashion model, and later was invited to Hollywood as a Goldwyn Girl. It was in Hollywood that she met and subsequently married Alfred Newman, for whom she had the greatest respect.

Montgomery and Alfred Newman had five children together, and Martha was extraordinarily dedicated to their academic and artistic educations. Montgomery painstakingly took her children to music lesson after music lesson, always, as she put it, trying to find her husband’s musical gene in one of them! She sat through every rehearsal and student concert with a smile on her face, and clapped at every cadence during home practices. She pretended not to know much, but her cleverness was apparent in both her layman’s knowledge of the arts and her truly great business savvy.

In all, Montgomery was responsible for the construction of three progressive Los Angeles Westside homes by the great Frank Lloyd Wright, Jr., two Malibu homes by his incomparable son, Eric Lloyd Wright, and the beautiful Alfred Newman Recital Hall on the USC campus.

Years later, when Montgomery approached her youngest daughter, Maria Newman, about building on the land Montgomery had gifted to her, the two dreamed together about the possibilities of designing around the performance of music, in conjunction with the idea of displaying visual arts by local and more widely based artists to the community of Malibu.

After retaining Eric Lloyd Wright, a design was completed and work began. The two families, Wright and Newman, one architecturally minded, the other musically, worked together to create a satisfying whole for all involved. Wright’s designs were brilliant, and Newman was thrilled with the upcoming opportunity to live in a private residence featuring its own intimate Music Room, larger Great-Room and fair weather Indoor/Outdoor Festival Space, all with stunning and warm acoustics. Montgomery, in her endless generosity, had once again graciously patronized great architecture and music through the act of creating and building a venue for the arts to flourish.

Now with five children of her own, Maria Newman has dedicated this beautiful venue to the memory and honor of her adored mother, Martha Montgomery. Uncomfortable with adulation, surely Montgomery would have been embarrassed by such a revealing gesture, but Newman felt it was time. Time for the honorable to be honored…

Martha Montgomery never thought of herself as brilliant or entrepreneurial. Always, it was others she was supporting from the rear. Daughter of a poet, wife of a famous film composer, dedicated mother of five and friend to all, Martha Montgomery richly deserves to be remembered for the understated entrepreneur and truly great human being that she was. She was a benefactress that inspired greatness to emerge from the great, genius to exude from the brilliant. May her inspiration remain.

The acronym, MAHMA, reveals its own meaning.

Martha Montgomery, beautiful mother and friend to all.

Thank you for all you have done to further the arts.

You are sorely missed.