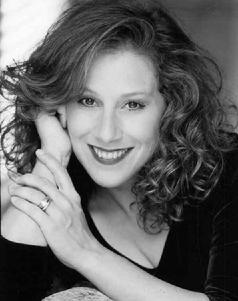 Wendy Prober has performed throughout the United States and Canada as a critically acclaimed chamber musician and soloist. She is the founding pianist of the award-winning Viklarbo Chamber Ensemble, and has served as Artist-in-Residence at Loyola Marymount University, the prestigious USC Composition Department, “Sunday’s Live” at the Los Angeles County Museum of Art, the Montgomery Arts House for Music and Architecture (MAHMA), as well as the popular Los Angeles based, SPaCE Salon. Highly sought after as an expert in the performance of new music, Prober recorded Morton Lauridsen’s “Cuatro Canciones” on the RCM label. She has served as Faculty-in-Residence for Loyola Marymount, and the University of Judaism, and for two seasons was Executive Director of the Los Angeles Jewish Symphony, with whom she continues to solo frequently. In addition, Prober has oft been a featured soloist with Robert Kapilow’s wildly celebrated, “What Makes it Great,” series.

Ms. Prober has been awarded multiple grants from the National Endowment for the Arts, the California Arts Commission, and the Utah Performing Arts Tour. She frequently lectures in the areas of music performance and music business throughout the country, and has soloed internationally, including in Israel.

Wendy Prober has been deeply connected with the music of Maria Newman from the beginning, presenting the world premiere and many subsequent performances of Maskil, (Newman’s sonata for solo piano), as well as many additional chamber and orchestral works by Newman and other acclaimed living composers. Prober serves as Principal Pianist of the Malibu Coast Silent Film Orchestra, and her many recorded performances of music for silent film are heard regularly on such broadcast networks as Turner Classic Movies.

Wendy Prober is the mother of two highly creative children, Sofia Cohen (12) and Miles Cohen (15).  She is happily married to David Cohen, a Los Angeles-based attorney.

Prober currently holds the Herbert Donaldson Piano Chair at the Montgomery Arts House for Music and Architecture in Malibu, California.